In a world where celebrity appears to be the highest calling, where everyone wants to be a leader or an owner, management is often seen as a second-rate calling. For so many years I felt the same way, focusing my attention on the things that are prized by the world. Stewardship, however, the critically important role that Jesus outlines in several of his teachings (see Luke 12 and Luke 19) is unfamiliar, even unpopular language in today’s world, closer to the idea of management than leadership.

The Bible offers several inspiring illustrations of the meaning of stewardship: in 1 Peter 4:10 a steward is presented as one who is put in charge of the multiple possessions and property of another – one who is highly trustworthy. In the ancient world, this position was not only a great responsibility but a high honour in society. But when it comes to our finances, are we really leaders or stewards?

Those who have much wealth will at some point in time wrestle with the ownership of that wealth. Does it exist for my personal comfort and satisfaction, or is there a greater purpose for all that I have? Am I a steward of what has been entrusted to me, or can I do with this whatever I wish? Psalm 24: 1 teaches us that: “The earth is the Lord’s, and everything in it.” In essence, God is the Owner of all things and we, His children, are called to care for that which is already His. We have the highest honour of being good stewards of all that is entrusted to us, whether it be children, households, talents, possessions, or wealth.

Any philanthropist or foundation that manages wealth must battle the issue of ownership. It is, in my opinion, the number one stumbling block to the healthy giving of wealth.

Philanthropy then is the management of wealth from the perspective of the steward, not the owner. But what are the principles and paradigms that we keep in mind when we steward wealth for greater purposes than ourselves? Beyond the principle I have outlined above, there are 3 additional paradigms that are of critical importance to good stewardship in philanthropy:

Let us begin at the beginning: stewarding our calling as Christians intersects with how we steward the planet’s resources. In Genesis 1, God gives us our original mandate: to co-labour creation with him, to steward the planet, and to use the resources to create heaven’s culture on earth. Genesis 1 and 2 use much stewardship language: being fruitful, filling the good earth, and using its resources to cultivate all that the Creator has entrusted to us. God wants us to use resources wisely. Genesis also uses many languages relating to rulership and reigning. Stewardship has a high calling of reigning over things in a benevolent manner where we create a culture of care and flourishing. Christians can sometimes be the worst of stewards of the earth, believing falsely that heaven is our ultimate home and that there is little need to take care of the earth. Nothing could be further from the truth. How we steward the resources of the earth determines how we are entrusted with the more that comes through our hands. God loves his creation and if it is important to him then it must be important to us.

Where does this wrestle come from? Galatians 5:17 tells us “For the flesh desires what is contrary to the Spirit, and the Spirit what is contrary to the flesh. They are in conflict with each other so that you are not to do whatever you want.” Basically, my soul desires things that are opposed to what the Spirit of God desires for me. Philanthropists must first yield their power to the will of God, working in humility with an attitude that asks ‘how can this money serve those best who need it most?’

At Mergon we have to constantly keep ourselves in check in this area. We distribute several millions every year and walk on the tightrope of power and humility. One of the things we aim to do is distribute finances in a servant-hearted manner. To measure this, we do a survey every year, asking our beneficiaries questions relating to how well we have served them. We present these findings without edit to our Board to keep us accountable.

Jesus told his disciples, “If anyone would come after me, let him deny himself and take up his cross and follow me.” Matthew 16:24. This is especially true for those stewards of wealth. The power we carry must be crucified by the cross of Jesus along with everything else.

Several years ago, there was a survey done with people over 90 years of age. They were asked one question: if you had your life to live over again, what would you do differently? There were 3 common answers which I find very significant and meaningful to this topic. They were: 1. To love more, 2. To reflect more, and 3. To leave a legacy.

Our only true legacy as those that steward wealth is not how much was given and to how many people, or how many people knew about us. Legacy is only ever about God’s enduring Kingdom. It is, as the disciple John put it, fruit that remains into eternity. Pledge something greater than yourself, greater than your wealth. Something beyond yourself and your own abilities. What can you and your business resources create that is far greater than you? What will outlive you and reverberate into eternal realms? It is simply this: the growing Kingdom of God. As Dallas Willard often said, “The Kingdom of God is the best news on how to live on planet earth”. We have a unique part to play in it. Let us play it well.

We have tried our best at Mergon for over four decades. As we steward our entrusted resources for the sake of His kingdom, God has continually exceeded our expectations – multiplying our resources, relationships, and gratitude, for greater Kingdom impact. Knowing we are the stewards, not the owners, has been the golden thread in the tapestry of our story.

The Mergon Foundation acts as a catalytic resource partner to kingdom-minded ministries who serve the most vulnerable and bring hope and restoration to communities across Africa and the Middle East. To date, the Foundation has distributed over $55 million to hundreds of organisations. For more information visit www.mergon.co.za. 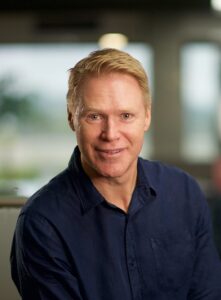