Drawn from the fields of Government, Humanitarian Affairs, advocacy, and public policy, these women are distinguished trail-blazers and history makers

In celebrating International Women’s Day this year, Aletheia Development Centre, a public policy and agenda setting think-tank highlight 8 inspiring women from Africa who are breaking barriers and inspiring generations of future female leaders from the continent. 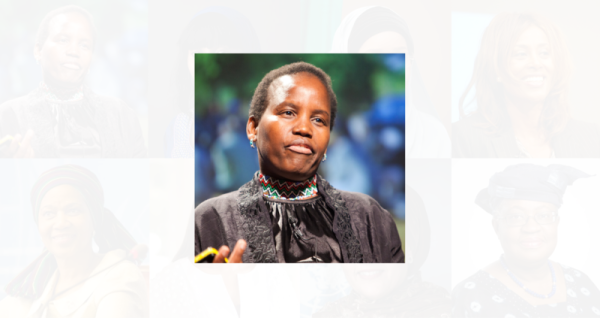 Unity Dow is a lawyer, human rights activist, member of parliament, and writer from Botswana. Unity Dow is Botswana’s first female High Court Judge. A champion of human rights, particularly women’s rights, Dow famously challenged and won a national law that barred Botswanan women that were married to non-citizens from conferring citizenship to their children in 1992.

Dow currently serves as Minister of International Affairs and Cooperation for the 12th Parliament of Botswana, a position she’s held since 2018. 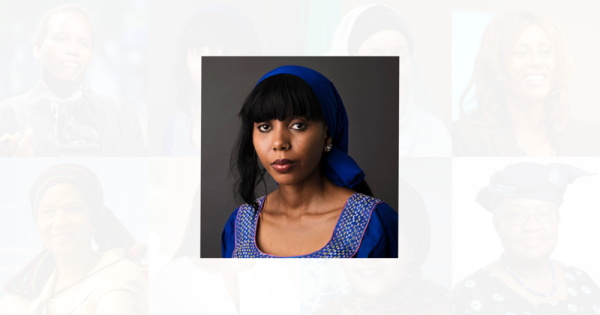 Renowned Gambian activist Jaha Dukureh is a survivor of female genital mutilation (FGM) and forced child marriage. She is the founder and executive director of Safe Hands for Girls, an organization working to end FGM, and was the lead campaigner in The Guardian’s End FGM Guardian Global Media Campaign

Dukureh was appointed Regional UN Women Ambassador for Africa in February 2018. In 2016, she was named on the Time 100 list of the most influential people in the world. And for her work in activism, she was named the following year as one of the 100 most influential Africans by New Africa Magazine. She’s also a nominee for the Nobel Peace Prize.

On 13 October 2021, Dukureh announced her candidacy in the 2021 Gambian presidential election for the People’s Democratic Organization for Independence and Socialism. 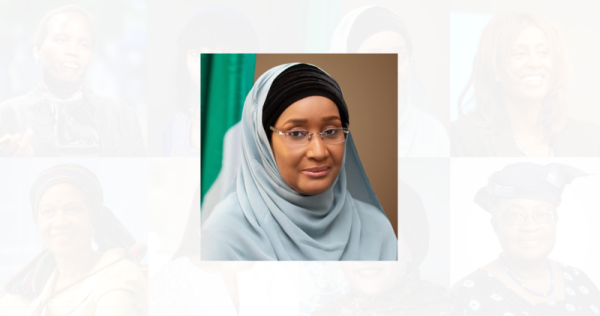 A trailblazer, Farouq standardized procedures for utilizing research, data gathering, and planning for resettling, rehabilitating, reintegrating, and readmitting persons of concern during her tenure as Commissioner for National Commission for refugees, migrants, and internally displaced persons. She is constantly leading logistics mobilization, real-time responses, sensitization and awareness, and proactive measures aimed at mitigating disasters in Nigeria and the impact of disasters on the Nigerian population.

Sadiya Umar Farouq is the youngest minister in President Muhammadu Buhari’s cabinet of Nigeria’s Federal Executive Council. Farouq was instrumental in the evacuation of Nigerian citizens from Ukraine because of the ongoing Russian-Ukraine war. 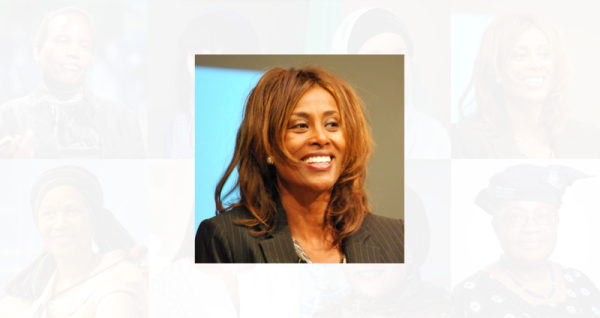 Meaza Ashenafi has championed women’s rights and women’s empowerment in Ethiopia; she founded the Ethiopian Women Lawyers Association to provide services to women unable to afford a legal defense. She created a word in Amharic to describe sexual harassment and sexual abuse. She reformed the way the Ethiopian judicial system treats sexual harassment cases.

Meaza Ashenafi currently serves as an adviser on gender and women’s rights in the Capacity Development Division of UNECA. 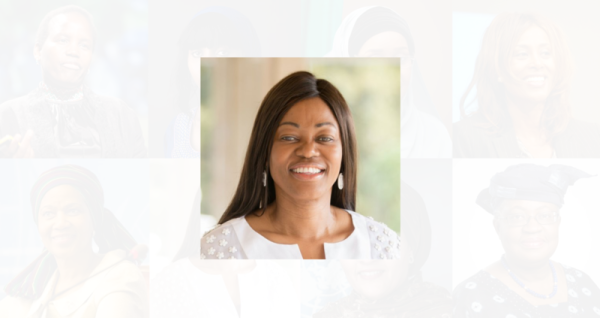 Tsitsi Masiyiwa is a philanthropist and social entrepreneur from Zimbabwe who has devoted her life to empowering the lives of young people through education. Along with her husband, Billionaire Strive Masiyiwa, she founded the Higher Life Foundation, formerly called The Capernaum Trust, in 1996. The foundation has been supporting orphaned and vulnerable children in Africa through education and material support.

Mr. Strive Masiyiwa and Mrs. Tsitsi Masiyiwa were awarded “the Points of Light Award” on 13th June 2018 by Mrs. Theresa May, the former British Prime Minister, for their commitment to improving the learning opportunities of underprivileged children across Africa. 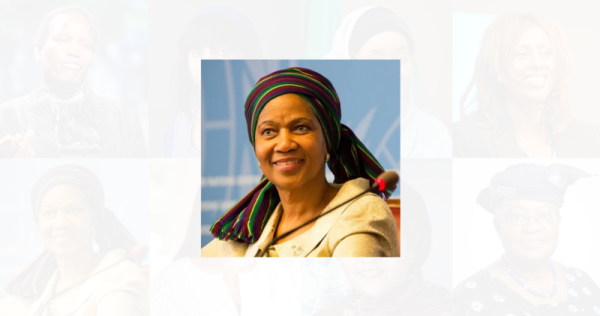 Phumzile Mlambo-Ngcuka is a South African politician and former United Nations official, who served as the Executive Director of UN Women with the rank of Under-Secretary-General of the United Nations from August 2013 to August 2021.

She also previously served as Deputy President of South Africa from 2005 to 2008, the first woman to hold the position. She oversaw programs to fight poverty and bring the advantages of a growing economy to the poor, with a particular focus on women. Before her role as Deputy President, she served as Minister of Minerals and Energy from 1999 to 2005 and Deputy Minister in the Department of Trade and Industry from 1996 to 1999. She was a Member of Parliament from 1994 to 1996 as part of South Africa’s first democratic government. 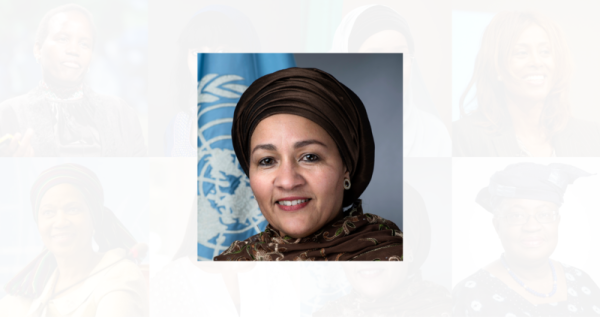 Amina J. Mohammed has held several high-level responsibilities, including working with three successive Presidents in Nigeria as Senior Special Assistant on the Millennium Development Goals (MDGs), coordinating poverty reduction interventions with debt relief gains of $1bn per annum. Some awards include the distinguished Order of the Federal Republic (OFR); 2017 Diplomat of the Year by Foreign Policy magazine; Apolitical 2019’s 100 Most Influential People on Gender Policy; and Africa Report’s 2019 100 Most Influential Africans. She was also profiled by Vogue as one of the 13 female Climate Warriors on the frontline, Fortune named her amongst the World’s Greatest Female Leaders and she is also listed in the Nigerian Women’s Hall of Fame. 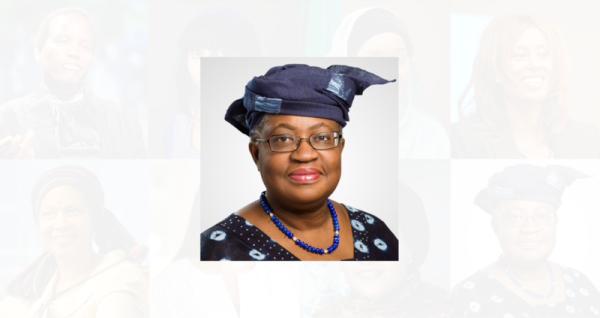 Dr Ngozi Okonjo-Iweala is a global finance expert, an economist and international development professional, fair trade leader, environmental sustainability advocate, human welfare champion with over 30 years of experience working in Asia, Africa, Europe, Latin America, and North America. Ngozi Okonjo-Iweala is the seventh Director-General of the WTO. She took office on 1 March 2021, becoming the first woman and the first African to serve as Director-General. Okonjo-Iweala had a 25-year career at the World Bank in Washington DC as a development economist and rose to the second position, managing director. As managing director, she spearheaded several World Bank initiatives to assist low-income countries during the 2008–2009 food crises and later during the financial crisis. In 2010, she was the chairperson of the IDA replenishment, the World Bank’s successful drive to raise $49.3 billion in grants and low-interest.