Endless Opportunities for Impact in 2019

What are your philanthropic plans for 2019?

There are numerous ways to give back and varying channels to utilize. The United Nations has highlighted 17 focus areas- Sustainable Development Goals (SDGs) which aligns the efforts of individuals and corporations across the world. The SDGs are the blueprint to achieve a better and more sustainable future for all. They address the global challenges we face, including those related to poverty, inequality,  climate, environmental degradation, prosperity, peace and justice.

The SDGs  are interconnected, and by aligning your interventions to one or more of the SDGs, you will impact multiple others and the world at large.

Below are 5 SDGs and ways you can get involved;

Get Involved: Donate what you do not use to charities and underprivileged communities around you. You can also support non profit organizations that conduct skill acquisition and empowerment programs for job creation.

FACT: Global hunger isn’t about a lack of food. Right now, the world produces enough food to nourish every man, woman and child on the planet. But nearly one-third of all food produced each year is squandered or spoiled before it can be consumed.

Get Involved: Avoid throwing food away and donate excess food to collection centers in your community. You can also advocate for subsidized food and better food distribution channels. Feel free to go the extra mile and host a periodic soup kitchen!

Goal 3: Good Health and Well Being

FACT: Over 6.2 million malaria deaths were averted between 2000 and 2015, primarily of children under 5 years of age in sub-Saharan Africa. However, children born into poverty are still almost twice as likely to die before the age of 5 as those from wealthier families.

Get Involved: Pick a medical condition or five. Sponsor charities and hospitals to provide free vaccines, medications and treatments to the underprivileged suffering from such diseases. You can also invest in or sponsor a medical research which is very fundamental in creating sustainable solutions to health challenges.

Get Involved: Volunteer your time at local schools or communities around you. You can help children learn to read and write. You can also organize book drives and donate the books to charities and schools around you. Scholarships, donating to schools and advocating for access to education for all are also ways you can get involved. As a wise man once said, literacy is a bridge from misery to hope. Build bridges in 2019 and beyond! 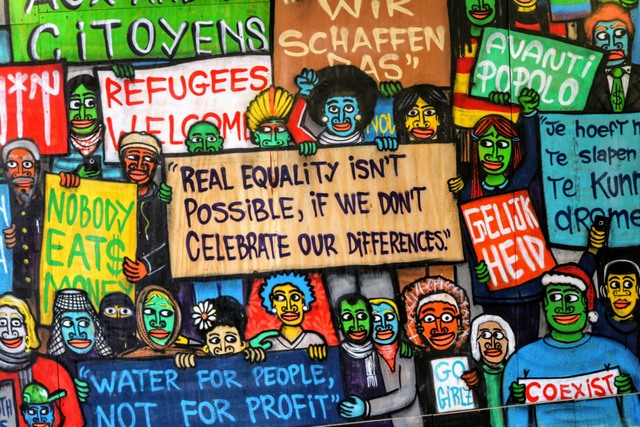 Photo by Matteo Paganelli on Unsplash

FACT: The proportion of women in paid employment outside the agriculture sector has increased from 35 per cent in 1990 to 41 per cent in 2015. However, 1 in 5 women and girls between the ages of 15-49 have reported experiencing physical or sexual violence by an intimate partner within a 12-month period, yet 49 countries currently have no laws protecting women from domestic violence.

Get Involved: Much work has been done and some progress has been made. However, there is so much more value you can add. Advocate for related causes within your network, speak up against gender-based discrimination at work and in your communities. Donate to networks that support capacity building for women in the workplace and victims of gender-based violence. 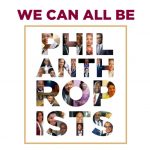 We Can All Be PhilanthropistsBlog 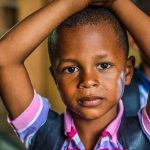