Some will be left behind because our current system is designed to enable those that have access to quality education to thrive. The weakest link on the African continent today is an education system without a clear purpose, one that isn’t accessible to everyone who wants it. In my view, education in the early years is the greatest equalizer in later years, when skills determine the future of youth.

In 2015, through the Sustainable Development Goals (SDGs) we pledged globally to leave no one behind, even knowing that some will be left behind. It was inevitable and progress to date on the SDGs is limited because funding has not kept pace with the demands of a changing world. USD 6 trillion per year is required to achieve the SDGs by 2030, but with ongoing efforts lacking coordination with communities, we run the risk of securing a dismal outcome.

If we assume that wealth is the enabler that will unlock the productive means of youth in Africa, then skills and education must be tailored according to what we have in Africa. We have a reservoir of young people that are lured by the promise of fast cash in the technology world, while the best application that anyone can ever build is agriculture. But agriculture on its own does not yield jobs. Agriculture is a value chain where everyone is invited so that no one is left behind. But technology has become a shortcut to the harder work of building infrastructure to transition to an economy that does not yet exist for most Africans on the continent.

Philanthropy remains a central ingredient to achieving the SDGs. It is the lubricant that oils the wheels of our community. But we have focused on a model that may not work for us as the priority areas mirror or complement development aid funding. Yet, philanthropy in Africa has its roots in solidarity, interdependencies, reciprocity and mutuality. As such, these elements that make us who we are as Africans should ensure that education does not breed inequality, as we have been unable to maintain a standard that reflects the needs of the present for the achievements of the future.

The greatest threat to progress on the continent is the inability to equally share the proceeds of quality education. As such, we continue to invest in bricks and mortar to offer better conditions to learners. We ought to pause and weigh that against the value of investing in teachers’ training for example. The cost of inaction is an intergenerational price that increases with population growth. An uneducated African youth is an issue for the world but for Africans to resolve.

The promise of the African continent is often read through the lens of its consumer spending. As such, Deloitte estimates that rising African consumer demand will add around USD 1.1 trillion to African GDP by 2019, and by 2030, over half a billion Africans will have disposable incomes. This suggests that money and resources are not the issue, but we have not been able to live with the promise of reciprocity and mutuality to ensure that every African child has access to quality education. We each have a role to play, not only by sponsoring a child but by ensuring that investment in that child is matched with the adequate investment in teachers.

As Africans, our real task is to build the education infrastructure that stands the test of time. An education that is transferred from generation to generation with timely upgrades. If we want to achieve the SDGs, we should focus on the enabler that unlocks all other investments; education. But most importantly if every parent chose education as an inheritance to his or her children, then we would be moving the needle closer to equality. The race to accumulate wealth and become a philanthropist only makes sense when jobs are created to enable others to bequeath education to the next generation.

If we achieve this, then providing quality education should be the intergenerational transfer of wealth. Money gives access, but education gives greater opportunity to imagine the world as it could be and how Africa could lead the transformation of the world.

At funerals, we pool our resources to bid farewell gracefully. Giving is part and parcel of who we are, and it is time we pool for education. This is a safe bet for the present and the future of African youth in the world.

*Views expressed in this article are those of the author and not the African Philanthropy Forum.

Carl Manlan is the Chief Operating Officer of The Ecobank Foundation. He is an economist with over ten years of experience in health, finance and project implementation. He has worked with communities across Africa and developed systems to improve public health financing, mainly at the Global Fund to Fight AIDS, Tuberculosis and Malaria. 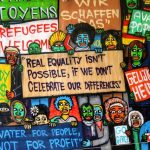 Endless Opportunities for Impact in 2019Blog 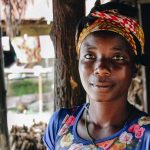