This article was first published on the Skoll Foundation website 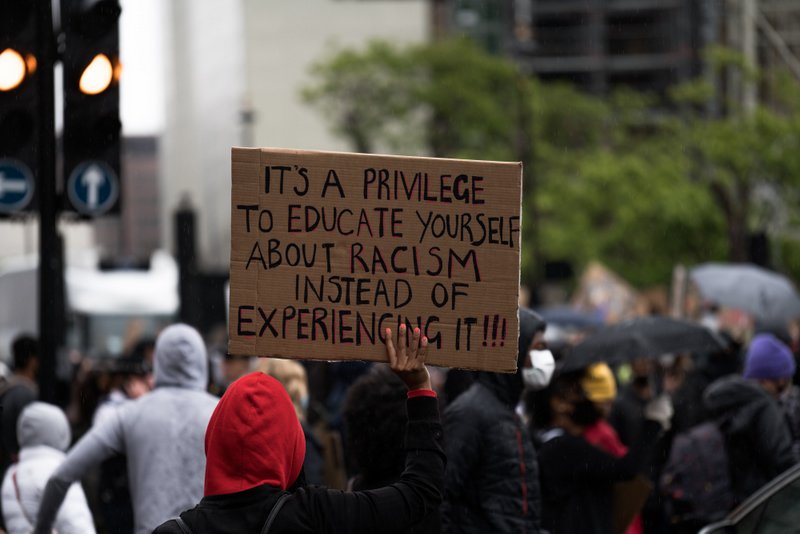 By Atti Worku – Seeds of Africa, By Sibabalwe Mona – nuAfrica

The myth of the corporate American do-gooder is a thinly veiled attempt at upholding the capitalist systems that produce and entrench systemic injustice and inequality. The philanthropic community must—and can—change this.

I am not the first person to state this, but I can no longer bite my tongue. Philanthropy is broken. Like most modern American systems, philanthropy has always existed at the intersection of capitalism and racial injustice, thus perpetuating the same social and economic ills that it promises to fix. This truth may be difficult to digest, accept, and acknowledge, but we must face the flaws of our ecosystem if we truly hope to change the world.

American philanthropy is an economic strategy of society’s wealthiest people and institutions to “do good” while moving wealth without tax exposure. The Internal Revenue Services of the US government incentivizes charitable contributions to social causes by offering tax write-offs, which the CARES Act has recently expanded in response to the COVID-19 pandemic. Every charitable contribution made in America has multiple benefits; donors get to contribute to solving a social problem of their choosing, feel good about themselves, enjoy acclaim and honor, all while receiving much of the money they donated back from the government within one annual cycle.

This means that the richest people in America—most are white men—are also in charge of the largest philanthropic institutions. The very people who actively benefit from social and economic inequality are the ones who receive praise and acclaim for temporarily loaning their profits to combat it. They also become known as experts in philanthropy, and gain increasing power in setting the national and global agenda on socio-economic issues. This power allows them to dictate which causes get funded, effectively aligning philanthropy with their interests.

In every fight for justice, change begins with the uprising of the most marginalized people. In philanthropy, Black and minority leaders are fighting to dismantle the racial inequalities and inequities that exist within the philanthropic space, while simultaneously impacting their target communities. We congregate with the gatekeepers of our community at large conferences like the Skoll World Forum and put various grievances on the agenda. From disproportionate funding for Black leaders, to a lack of power sharing in decision-making processes, funders engage in discussions to address the issues, but often leave these spaces and return to the status quo without actively making changes within their own organizations.

Over the course of my career, I have become an advocate for eradicating racial injustice within the philanthropic community out of sheer necessity. As the founder and CEO of education and community development nonprofit Seeds of Africa, my passion stems from my own experiences as a Black, African, nonprofit leader raising money in the American philanthropy space for twelve years. Along the way, I have been granted platforms to speak my truth, but often encouraged to soften my words so as not to ruffle too many feathers, disrupt the status quo, and ultimately undermine my own ability to raise money. But as I observe the social revolution of Black Lives Matter and its effects on corporate America, I feel a newfound confidence and urgency to address the systemic injustices in philanthropy, both within the industry and the work it funds around the world.

I address this piece directly to the gatekeepers of the philanthropic community—the institutions created to fund organizations and the people who control how and where resources are allocated. It is time to acknowledge complicity in upholding racial injustice and truly listen to the people most affected by philanthropy’s broken system.

A lack of diverse representation in the boards and executive leadership of philanthropy perpetuates this systemic racial injustice. According to Race to Lead, people of color comprise only 20 percent of philanthropic leadership, while almost all of the work is with and for people of color. These racial inequities are compounded by the agenda-setting and decision-making processes. When the board members and executive leaders of the biggest funding institutions are predominantly white, it is white voices that set the agenda and success metric criteria for solving the problems of Black, Brown, and Indigenous communities around the world.

Lack of representation is problematic because the people making crucial resource investments often do not have a contextual understanding of what the world’s most vulnerable communities actually need. Many of their funding solutions fall short of intended goals and lack sustained, long-term impact.

My own experiences can illuminate this issue. I run an organization that works at the intersection of education and economic development because of my own personal experiences growing up in Ethiopia. I realized that the best solutions to issues like poverty and inequality come from the people who are most affected. The families we serve have always determined the direction of our interventions. We understand that our beneficiaries have the most knowledge about the tools they need to transform their lives and transcend poverty, and our programs are thus designed from the bottom up.

When I meet with funders, though, I have been told repeatedly that Seeds of Africa’s education-based poverty alleviation model is flawed, and that I should restructure our model to mirror several large-scale, market-based social entrepreneurship ideas; ones which national governments, economists, and education experts have widely criticized as extractive. Incredibly, many high-profile funders, seemingly determined to prove the hypothesis that market-based solutions to social problems are best, have doubled down on their investments into questionable approaches. When funders who have spent hundreds of millions of dollars on band-aid business models say that there is a “lack of fit” for Seeds of Africa or that our idea “isn’t big enough,” I know that it is because I am pitching to people who either cannot or do not understand the root issues we are addressing. This status quo mentality is a disservice to all who stand to benefit from thoughtful philanthropy.

Another symptom of lack of representation is the lack of access to funding for Black and minority-led nonprofit organizations or social entrepreneurship ventures. Research published by The Building Movement Project’s Race To Lead series reveals that nonprofit leaders of color face significantly more challenges in fundraising than their white counterparts who do similar work. While the disproportionate funding issue has been widely acknowledged within the community, the prevailing solutions do not address the root of the problem.

In truth, the biggest fundraising barriers for Black nonprofit leaders are internalized racial stereotypes that shape ideologies about the capabilities of Black leaders. Board members and recruiters of private funding institutions often use narratives like “lack of fit” to hide implicit racial biases. Funders who dismiss Black leaders as incompetent are less likely to fund our work, and those who view our community-centered programs that veer from dominant American knowledge about the economics of poverty are less likely to take us seriously.

Without diverse counterparts on the funding side, minority fundraisers’ voices cannot be fully heard. According to Echoing Green and The Bridgespan Group, Black-led organizations own 76 percent less unrestricted assets compared to those led by white people. That means for every $1 million of unrestricted assets owned or managed by a white-led foundation, I will raise and make do with less than $250,000.

These problems may seem complex, but the solutions are simple: philanthropists and funding institutions must make a commitment to ensure equity in their practices, from funding down to program application. Funders must make a concerted effort to acknowledge and address these issues by setting new initiatives for racial equity in their respective sectors and collaborating with nonprofit leaders and social entrepreneurs on the ground. So how do we do it?

Who’s at the Table and Who Set It?

First, we need to renew the focus on the needs of the people we aim to help. In modern philanthropy, giving is just another market where donors are the customers in a supply and demand chain of doing good and feeling good. To transform philanthropy’s ecosystem, it is imperative that we acknowledge and bring to the forefront the real consumer: the marginalized people on the ground. We must ensure that beneficiaries are included in setting the agenda, that their needs are addressed, and that success is primarily measured from their unique point of view.

Second, stakeholders need to increase diverse representation in grantmaking, include Black leaders in decision-making processes, and give us a truly equitable platform to be heard. A practical step is to diversify board membership and executive leadership at the helm of foundations and other funding institutions. This will also help diminish the narrative that depicts Black people as incompetent or incapable of leadership. Black nonprofit leaders and social entrepreneurs have deep knowledge and expertise to share in advisory roles within the philanthropic community. Those of us with lived experiences best see philanthropists’ blind spots and knowledge gaps, and we can fill them best. We can no longer just accept having a seat at the table without speaking up for ourselves and those we serve.

Lastly, and most importantly, we need increased access to capital for early-stage Black social entrepreneurs and nonprofit leaders. Financial stability is of utmost importance to social impact entrepreneurship—leaders of color must gain access to dedicated, unrestricted seed funds. There are many funders—like those who have funded Seeds of Africa—who believe in Black leaders and their impact ideas, trust our judgement, give seed capital and unrestricted funding, which enable us to have lasting and transformative impact on the lives of the people served. We need more funders like them.

I appreciate the complexities of looking within, and the unease of admitting the American philanthropy industry may not be the standard bearer of doing good in this world. Still, I challenge everyone reading this to reimagine philanthropy from a different perspective, and to start making meaningful changes in their organization now. Let’s do better. Let’s listen to the ignored voices as we create a more just and equitable world. 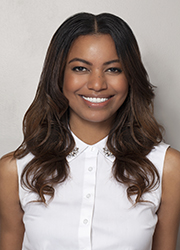 Born in Ethiopia, Atti Worku is the Founder and CEO of Seeds of Africa, a New York City 501(c)(3) nonprofit that creates holistic education and community development centers in urban communities in Africa.

Worku’s efforts have been recognized with an African Diaspora Award for Community Service, and The African Youth Excellence Honorary Award. She has been a speaker and panelist at The United Nations, Ford Foundation, Bloomberg Philanthropies, and Women4Climate. She serves on the Advisory board for the Open Heart Big Dreams Fund, and the Aspen Institute Society of Fellows NY Vanguard Leadership Board. Worku is also a member of the Cordaid US Leaders Council. Her essay on girls education as a global climate change solution was recently published in the book Why Women Will Save the Planet. 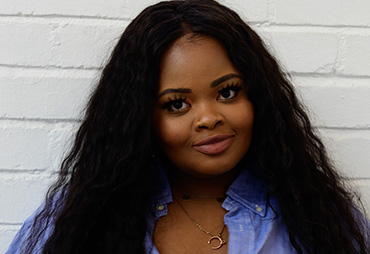 Sibabalwe Mona is a social enterprise strategist and the founder of nuAfrica, an emerging economies development consultancy at the intersection of sustainable business models and social impact.

South African-born, Mona attended the University of Cape Town before attaining an MA in International Affairs and an MS in Nonprofit Management at The New School in New York City. She was a 2018 Impact Entrepreneurship Initiative Fellow. Mona is driven by a passion for remedying unjust global economic systems towards African socio-economic development, and is inspired by the innovative contributions and cultural impact of Africans globally. 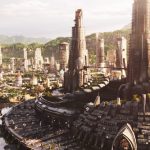 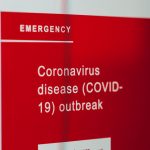 COVID19 Action Fund for Africa: radical collaboration at its bestBlog